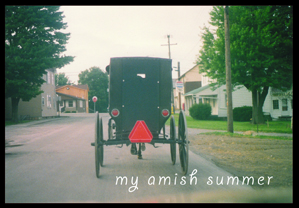 When a spoiled LA teen throws a wild graduation party and trashes her mom’s mansion, she’s sent to rural Ohio to live with dad – who’s now Amish. She’s forced into the simplistic life, but can this city girl survive the ways of 18th Century country life?

Ivy Tanner lives a life of luxury. At 17, she calls a multi-million dollar Malibu beach house home, attends a private high school, and her favorite sports are surfing and shopping. She sends her mom on a wild goose chase to Vegas so that she can throw the graduation party of the century just to secure her own popularity. It backfires and her mom’s beach house is trashed.

Victoria Tanner, plastic surgeon extraordinaire, is the star of her own reality show. She reaches the breaking point when she discovers what Ivy’s done to her house. To teach her a lesson, she sends her to live with her father.

James Stutzman, Ivy’s father, is a free spirit. He has searched the world over, meditating with monks, and living with natives, but now he’s finally found his home – in Berlin (Ohio, that is). He’s met and married Esther, an Amish woman, as well as taken to raising her daughter, Ruth. James has become adept at these newer simplistic ways, relishing the hard work and green lifestyle. Yet he awaits confirmation from the Elders on his acceptance into their congregation, to make him officially Amish.

On her first day in Berlin, Ivy tries to run away – in a horse and buggy. Not such a good idea. Just before crashing, she’s saved by Jacob, an Amish boy, and there are instant sparks between them. Ruth is quick to inform Ivy that Jacob is already betrothed her. A new line is draw between the stepsisters.

Ivy wakes up to a new wardrobe, her designer clothes have been replaced by a simple dress and bonnet. As a consequence of the crash, Ivy must now go to work to pay off the damaged buggy and fence. She begins to work at her father’s lumber company, but soon learns she doesn’t have many skills that are marketable. She meets Hannah, an Amish short person who works with her, and they hit it off.

She also begins a second job at the exotic animal farm to pay for the fence. Zeke and Noah are two Amish boys on rumspringa still running the family business, and Jacob’s best friends, as well as Ivy’s new bosses. This new world of hard work begins to leave her frustrated and blistered.

Ivy decides to participate in the Amish dating ritual. She tries to make some great food for the suitor table, but she just doesn’t have the cooking gene. Jacob is already promised to Ruth, yet he breaks tradition and chooses to date Ivy.

Ivy & Jacob head out on their date in a horse & buggy, leaving Ruth steaming mad. She agrees to date Zeke just to tag along.

After switching to his old stored car, Jacob and Ivy go to a rumspringa party, where Jacob’s band The Amish Boyz play. Ivy and Jacob are an instant couple, falling deep in love.

Full of revenge, Ruth lets out a bull, burns down a barn and blames it on Ivy. Ivy is asked to leave, and the Amish shun her. On top of it all, James is denied entrance to the congregation, and shunned.

Out but not down, Ivy has to become someone new now. She doesn’t think of only herself anymore, but can she redeem herself with Jacob? And right all her wrongs?

Growing up English in an Amish community, as a teenager Cynthia attended rumspringa parties and has first hand understanding of the culture. We wanted to set a comedy in this most unlikely of worlds.

Stacy is a writer/producer.

Stacy Lumbrezer is a co-producer for director Paul Verhoeven at Ulysses Productions. She started in film as an assistant on Showgirls and went on to co-produce Starship Troopers and Hollow Man.

Luckily, Stacy recently became a “master of satirical writing” at Second City – humor is key to navigating bumpy show biz waters. She graduated from Kent State University with a degree in Telecommunications and a minor in Theatre. Before making the trek to LA with her worried dad in a stick shift Dodge Shadow (which she could barely drive) she worked in research at MTV Networks in Chicago. 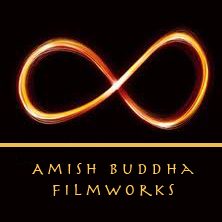